"Press & Sketch" (formerly known as "Sketch-o-matic") is an arduino powered random text generator that sits in a wooden enclosure and is activated by a single button.

The software is an arduino sketch which is contained to both the arcade button at the top of the device, coupled with the thermal ink printer.

Erik has field tested the device at (comic) conferences, and will be starting a blog shortly. More features are planned, so stay tuned.

Internals/"Guts" of the Press & Sketch Prototype during development 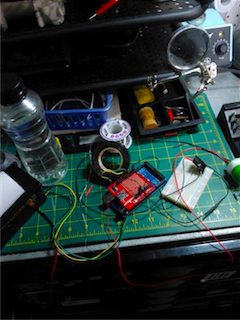 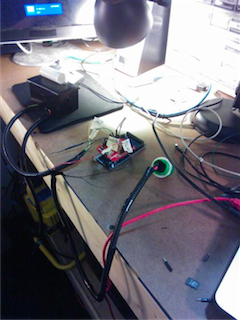 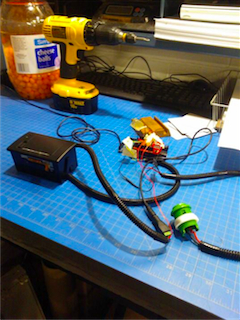